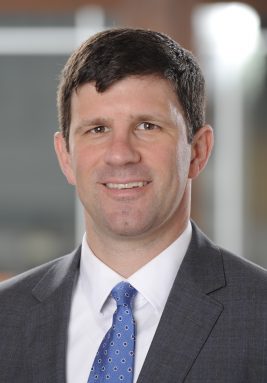 Scott C. Harris is a partner at Whitfield, Bryson & Mason LLP, and has been with the firm since its inception.

Scott’s practice focuses on fighting for individuals, homeowners, homeowners associations, and small businesses in complex litigation, including construction defect, mass tort, and product liability.  Scott has played a key role in securing substantial verdicts and settlements in a variety of cases. For instance, he has received a multi-million dollar verdict in favor of homeowners for a developer’s unfair and deceptive advertising and shoddy road construction and over a million dollar verdict in favor of homeowners whose homes were built on improperly compacted soil. He has also secured substantial results for a class of homeowners whose homes were built without a weather resistant barrier beneath their siding.

Scott earned his law degree from Wake Forest University School of Law in 2006 and his Bachelor of Arts from Hampden-Sydney College in 2001. While at Hampden-Sydney College, Scott was Chairman of the Honor Committee and a member of the national leadership honor society, Omicron Delta Kappa. Scott was admitted to the North Carolina Bar in 2006 and to the Florida Bar in 2013. He is also admitted to practice before the United States District Court for the Eastern, Middle and Western Districts of North Carolina, the United States Court for the Middle District of Florida, and the United States Court of Appeals for the Fourth Circuit.

Before he attended law school, Scott taught 9th and 10th grade English at Orangeburg Preparatory School in Orangeburg, South Carolina. After graduating from law school, Scott joined the law firm of Lewis & Roberts PLLC where he focused his practice on complex civil and business litigation. He remained at Lewis & Roberts, PLLC until he left to help start Whitfield, Bryson & Mason LLP in 2011.

Scott’s success has been recognized by numerous professional associations. He was named a Super Lawyer in 2010, and every year since 2012. In addition, he has consistently been named a member of the Legal Elite by Business North Carolina. Scott is also an active member of several trade organizations including American Association of Justice (AAJ), North Carolina Advocates for Justice (NCAJ), Public Justice.

Let’s start talking about your case right now with a free consultation!

Whether you’re certain that you have a case or just want to talk to an experienced lawyer, we’re here to help. No matter how complex the case or how daunting the opposition, we fight for our clients every step of the way.

I feel like they really care about me. I consider them good friends.

Get our latest update and success stories right to your inbox!
Read our latest newsletter.