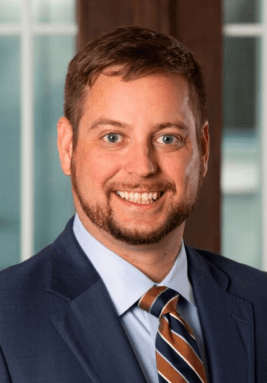 As an attorney at Whitfield, Bryson & Mason, LLP, Drew Hathaway focuses on representing consumers in complex litigation. His primary focus is on product liability and consumer protection class actions both in the United States and internationally throughout Europe. Along with product liability cases, Drew currently represents the elderly in North Carolina’s first ever class action against an adult care home chain for understaffing their facilities. In addition to representing harmed consumers against some of the largest corporations in the world, Drew also represents commercial real estate owners in lawsuits related to defective construction.

Drew graduated from The University of North Carolina at Chapel Hill in 2003. While studying, he was a member of the varsity swim team at Chapel Hill. Drew earned his J.D. from Campbell University School of Law in 2007. While at Campbell, Drew was a member of the National Moot Court Team, inducted into the Order of Old Kivett and was an editor for the Campbell Law Observer.

Drew spent the first eight years of his career practicing as a defense lawyer with a primary focus on medical malpractice and commercial litigation. Drew has extensive trial experience and has received numerous honors as a trial attorney including recognition as North Carolina Super Lawyers Rising Stars, a peer selection for the top 2.5% of North Carolina Lawyers under the age of 40.

Drew is married with four-year old twins and a six-year old son. Drew’s wife, Dr. Catherine Hathaway, is a hospitalist who is board certified in internal medicine, geriatrics, and nephrology. Drew enjoys gourmet cooking and spending time with his family.

Let’s start talking about your case right now with a free consultation!

Whether you’re certain that you have a case or just want to talk to an experienced lawyer, we’re here to help. No matter how complex the case or how daunting the opposition, we fight for our clients every step of the way.

"[We] applaud the efforts of… Whitfield Bryson & Mason, LLP, who defend the rights of consumers and fight to hold major companies accountable for the products they produce.”

Get our latest update and success stories right to your inbox!
Read our latest newsletter.